A View to a Kilt by Wendy Holden

Hi All!
Today is my stop on the blog tour for A View to a Kilt and I am here today to with an extract from the book! 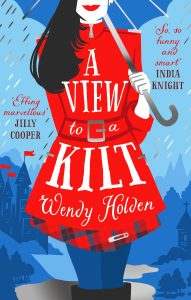 London’s most glamorous glossy magazine is in trouble. Advertising revenues are non existent, and if editor Laura Lake can’t pick them up, she’s out of a job.

According to those in the know, Scotland is having a fashion moment. Haggis tempura is on Michelin-starred menus, smart spas are offering porridge facials, and a chain of eco-hotels is offering celebrity bagpipe lessons. So Laura’s off to a baronial estate in the Scottish Highlands to get a slice of this ultra-high-end market.

It’s supposed to be gorgeous, glitzy and glamorous. But intrigue follows Laura like night follows day. And at Glenravish Castle – a shooting lodge fit for a billionaire – Laura finds herself hunting for a scoop that won’t just save her job, it could save her life…

The office of the CEO was on the top floor of the British Magazine Company’s white art deco building. Laura had occasionally been summoned in the past to see Christopher Stone, and knew that up here, carpets were thick, walls panelled and oil paintings glowing under picture lights.

At least, they had been. When the lift doors sprang open, Laura initially thought she was on the wrong floor. The formerly deep-piled-blue-carpeted corridor was now black wood. What should be oak-panelled walls were painted matt white and hung with black-framed fashion advertisements. Instead of agreeably clubbable, the atmosphere was starkly commercial.

Laura was about to turn and get back in the lift. Then, at the desk at the end of the corridor, where on the sixth floor Honor would be, she spotted… Honor?

In her unchanging uniform of low-heeled black patent shoes, sharply pleated tartan skirt and petrol-blue ribbed polo neck, the CEO’s long-serving secretary personified posh sixties glam. She had worn it all since the actual sixties. Rumour had it that Honor had once worked for the Duke of Edinburgh.

‘What’s happened to you?’ Laura gasped, her hurry along the corridor now becoming a run. Gone was Honor’s pleated plaid. In its place was a red PVC boiler suit worn with oversized cat’s-eye sunglasses.

‘People my age are very popular in Mango campaigns,’ Honor replied mildly. ‘If I walk around Soho like this I might be spotted by an agency for the over-60s. Then I can model for one of our advertisers.’

Laura stared. ‘Is that what you… want to do?’

Honor shook her head. The smooth grey bob was now gelled up and dyed green. ‘Not terribly, but it’s what Mrs Sweet wants me to do. She’s absolutely obsessed with advertising. It’s all she ever seems to think about.’

Laura knocked on Bev Sweet’s door and prepared to enter the lair of the Poison Pixie. Presumably, like Honor and the corridor, it too had changed.

Christopher Stonehad furnished his office like a stately home study: buttoned-leather sofas, thick rugs, a pair of globes, cigar humidors. In pride of place had been the legendary polished walnut desk that had provided working space for British Magazine Company bosses since the firm was founded more than a century ago. Built from wood salvaged from the ballroom of the Titanic, this famed piece of furniture had risen from the deep to hit the heights. Greta Garbo had posed on it. Fred Astaire had tap-danced on it. The cocktail shaker that Mrs Simpson had used to serve Old Fashioneds remained in one of the bottom drawers. It was considered unlucky to move it.

Only, now, as she entered Bev Sweet’s office, Laura saw that it had been moved. In its place was a transparent plastic workstation and three large and uncomfortable-looking grey cubes. The carpet was now a black tile surface over which Bev’s cruel spike heels clacked like the knitting needles of a tricoteuse beside the guillotine.

A pair of hard, assessing eyes met Laura’s. They were the chlorinated blue of a Riviera swimming pool and had a terrifying glow, as if lit up from behind.

‘I won’t ask you to sit down. The Queen always sees her Prime Ministers standing up and I don’t have half the sodding time she does.’

Laura nodded pleasantly, but apprehension had now gripped her insides.

‘I’ll come straight to the point,’ the Poison Pixie added. ‘Have you seen this magazine?’

Something was thrust into her hand and Laura found herself looking at a glossy front cover with a familiar face on it. It belonged, at least partly – although there was no saying where the many fillers and plumpers had come from – to Savannah Bouche, currently riding high as one of the world’s biggest film stars. Printed across the wave of glossy dark hair rising from her lineless brow was the word Simpleton. 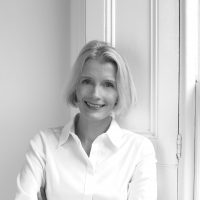 Number-one bestselling author Wendy Holden was a journalist on Tatler, The Sunday Times, and the Mail on Sunday before becoming an author. She has since written ten consecutive Sunday TimesTop Ten bestsellers. She lives in Derbyshire. Vist her website at www.wendyholden.net 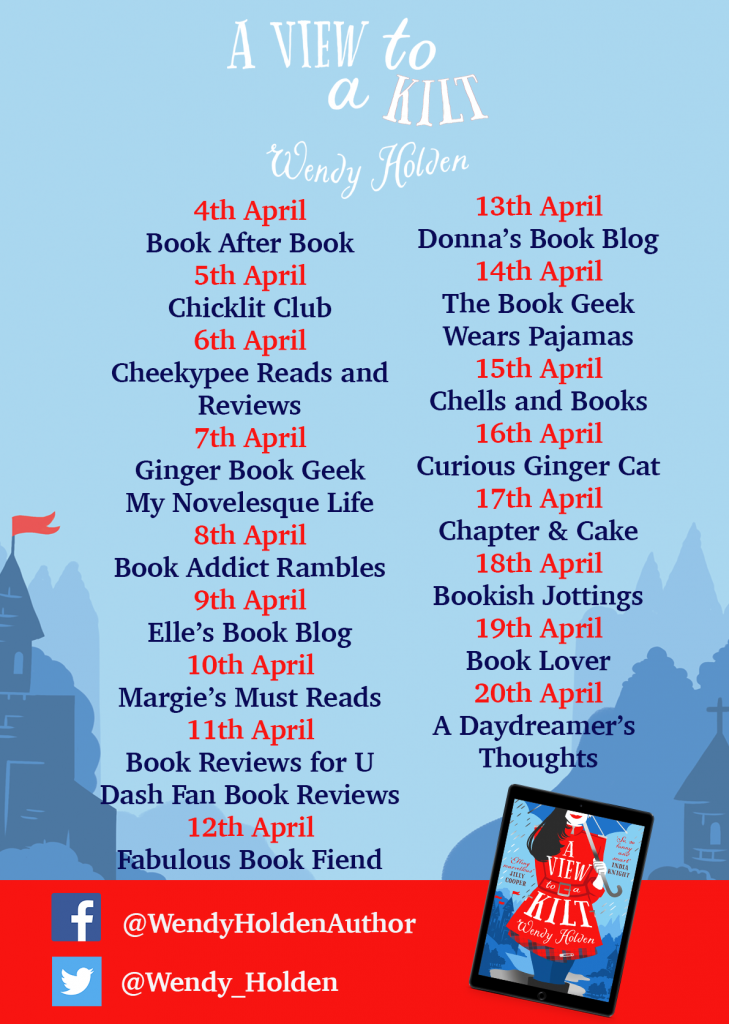 My Husband's Wives by Faith Hogan

My Thoughts On... Sing (Like No One's Listening) by Vanessa Jones