Hi All!
Today is my stop on the blog tour for Apotheosis and I am here today with information about the book and a giveaway! 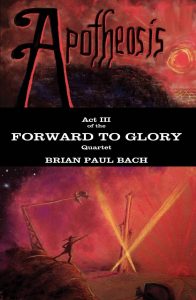 Butterbugs is somebody now. He has arrived – at the top. In fact, he’s much higher than that. Ultrastardom, they call it! As the world’s first ultrastar – and trillionaire – he is still compelled to act for acting’s sake alone. Taking the lead in the most ambitious film ever, he will need all his gathered resources for the staggering job ahead.
Butterbugs is a phenomenon for billions. His own depth of character and the diversity of creatures around him constitute a power and influence far surpassing any strolling player’s entertainments. However, not everyone on Earth is so dazzled. Well below his stratospheric plane, undercurrents coil in unholy pools.
The screen upon which APOTHEOSIS shines is gigantic, as befitting the story that commands it. FORWARD TO GLORY is nothing less than an epic-noir-satire. The momentum built by TEMPERING and EXPOSITION does not let up for a second. By its very name, APOTHEOSIS propels the reader toward its merciless climax with determination and grandeur.
Butterbugs is truly blessed with friends and associates who share his triumphs: Saskia and Justy – closer than ever; Sonny Projector – agent and champion; Edna Tzu – favorite director and facilitator; Hyman Goth – studio mogul with a dreaded knowledge; Mayella – stabilizing lover; Egaz – transcendent director and artistic equal; Keenah – the mate Butterbugs has waited for… possibly; The Seven Muses – who inspire the ultrastar in his most challenging role; Marshall – the disabled vet who changes the course of the nation; and Heatherette – always a force for good, who reappears at the perfect time.

Brian Paul Bach is a writer, artist, filmmaker and photographer; he has worked across the entertainment business. He now lives in central Washington State with his wife, Sandra. His previous works include The Grand Trunk Road From the Front Seat, Calcutta’s Edifice: The Buildings of a Great City, and Busted Boom: The Bummer of Being a Boomer. He writes a regular column for Kolkata On Wheels magazine.

Win ONE e-copy of the first three books in the quartet!

*Terms and Conditions – OPEN INTERNATIONALLY. Winners will be contacted via e-mail. Winners will have 72 hours to claim prize. Prizes will be sent out by Clink Street Publishing. Entrants must be 13 years or older. Ends: 19.10.18 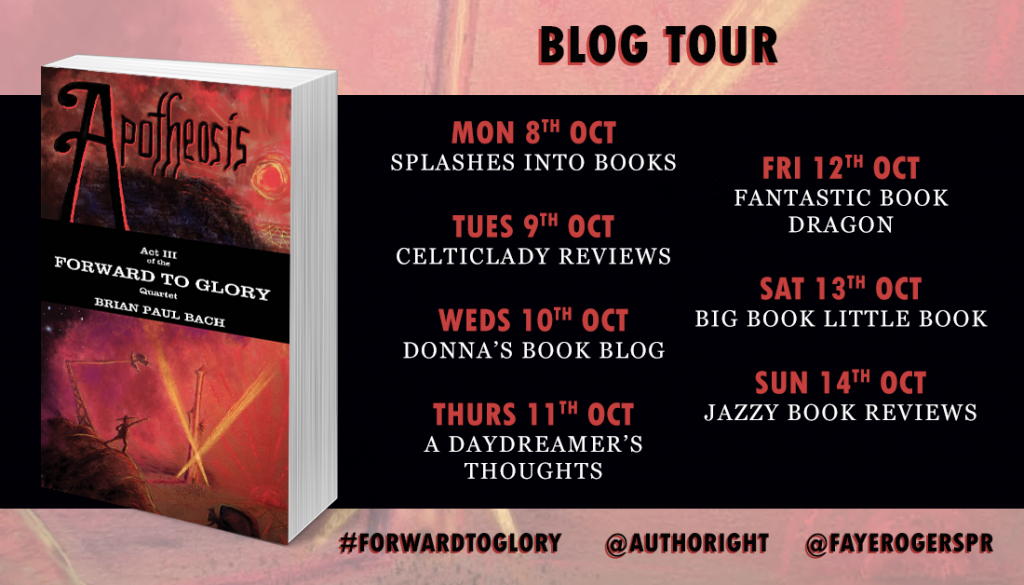 Law on the box; Guest Post by Kate Helm

My Thoughts On... Bring Them Home by D. S. Butler