Weekly Highlights is a feature that I used to do a few years ago that I have deicded to revive and revamp! So on Sunday’s (hopefully every one but it may be every other!) I plan to do a Sunday Summary, detailing what books I have read or am reading, what posts I posted, what books I received or bought and what posts/books are upcoming next week.

It is inspired by The Story Sirens In My Mailbox, Books, Biscuit and Tea’s Showcase Sunday, Kimba Caffeinated’s Sunday Post, and the British Letterbox Love, and Kris’ Wednesday Weekly.

Posts From The Week

I’ve had a much better week on the blog this week. I’ve basically had a post go live every day this week!

On Monday, I posted a review of All the Rage for the blog tour. You can find that over here.

On Tuesday, I hosted an interview with the lovely Alejandra Guibert. You can read the interview here.

Also on Tuesday, I shared my thoughts on Little Boy Lost – a gvery hard-hitting thriller read.
Check out my thoughts here.

On Thursday, I was then sharing my thoughts on The Neighbour. You can go read those in this post.

And lastly, on Friday, I was on the blog tour for The Princess and the Valley Men, you can check out that post over here. 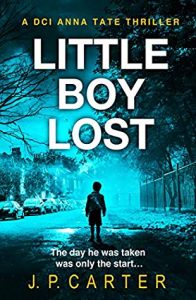 One early October afternoon, ten-year-old Jacob Rossi begins the short walk home from school. But he never makes it.

Days later, DCI Anna Tate is called to the scene of a burning building, where an awful discovery has been made. A body has been found, and the label in his school blazer reads: J. Rossi.

As Anna starts digging, she soon learns that a lot of people had grudges against the boy’s father. But would any of them go so far as to take his son?

And is the boy’s abductor closer than she thinks?

Some women have it all. Others are thirty-four, renting a tiny flat alone because they recently found their long-term boyfriend in bed with their boss. Unfortunately, the latter applies to Ginny Taylor. Single and jobless, Ginny is certain her life can’t get any worse. But then she encounters her downstairs neighbour for the very first time…
Cassie Frost is a woman who had it all – she was a once-loved actress, but a recent stint on reality TV has rocketed her to online infamy. She’s suddenly become a national hate figure – and she desperately needs a new publicist. And Ginny is a publicist who desperately needs a job… but can she be persuaded to work for the uber-difficult, excessively prickly woman that lives below her floorboards?

A heart-wrenching, life-affirming novel about a 12-year-old boy who is the sole survivor of a deadly plane crash

One summer morning, a flight takes off from New York to Los Angeles. There are 216 passengers aboard: among them a Wall Street millionaire; a young woman taking a pregnancy test in the airplane toilet; a soldier returning from Afghanistan; and two beleaguered parents moving across the country with their adolescent sons. When the plane suddenly crashes in a field in Colorado, the younger of these boys, 12-year-old Edward Adler, is the sole survivor.

Dear Edward recounts the stories of the passengers aboard that flight as it hurtles toward its fateful end, and depicts Edward’s life in the crash’s aftermath as he tries to make sense of the loss of his family, the strangeness of his sudden fame, and the meaning of his survival. As Edward comes of age against the backdrop of sudden tragedy, he must confront one of life’s most profound questions: how do we make the most of the time we are given?’

AGENT ZAIBA INVESTIGATES is a fun, contemporary new series for fans of The Sinclair’s Mysteries and the Murder Most Unladylike books.

Eleven-year-old Zaiba is obsessed with crime. Her Aunt Fouzia runs a detective agency back in Karachi and has turned Zaiba on to the brilliant Eden Lockett Mysteries. She has every book in the series – and the quilt cover, and the phone case. All she needs now is a crime to solve…

In book one, Zaiba is attending a family Mehndi party at The Grand Royal Star Hotel when she hears that the prized Italian Greyhound of a famous actress has gone missing from the star’s suite. With the help of her best friend and her little brother, the amateur sleuth manages to foil the petnapping plot and save the day.

Here are the books I’ve received this week! 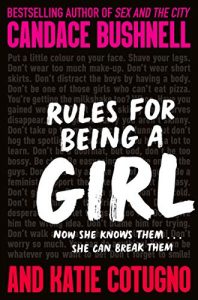 From Katie Cotugno and author of Sex and the City Candace Bushnell comes this fierce and feisty exploration of feminism: standing up, speaking out and rewriting the rules.

Don’t be easy. Don’t give it up. Don’t be a prude. Don’t be cold. Don’t put him in the friendzone. Don’t act desperate. Don’t let things go too far. Don’t give him the wrong idea. Don’t blame him for trying. Don’t walk alone at night. But calm down! Don’t worry so much. Smile!

Marin is a smart, driven, popular girl – she’s headed for Brown when she graduates and has a brilliant career as a journalist ahead of her. Especially in the eyes of English teacher Mr Beckett. He spends a lot of time around Marin, and she thinks it’s harmless . . . until he kisses her.

No one believes Marin when she tells them what happened, so she does the only thing she can: she writes an article called ‘Rules for Being a Girl’ for the school paper to point out the misogyny and sexism that girls face every day. As things heat up at school and in her personal life, Marin must figure out how to take back the power and rewrite her own rules.

This book was a surprise book sent by the wonderful team at Pan Macmillan Children’s. It sounds like my kind of book though so I cannot wait to dive in. Thank you to them for the review copy! 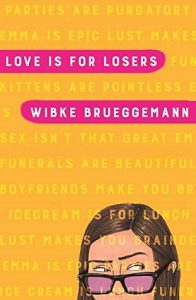 A laugh out loud look at first love, loss and trying to avoid the girl of your dreams.

What a stupid expression that is in the first place: To fall in love.
Like you fall into a ditch or something.
Maybe people need to look where they’re going.

As far as Phoebe Davies is concerned, love is to be avoided at all costs. Why would you spend your life worrying about something that turns you into a complete moron? If her best friend Polly is anything to go by, the first sniff of a relationship makes you forget about your friends (like, hello?), get completely obsessed with sex (yawn) and bang on constantly about a person who definitely isn’t as great as you think they are.

So Phoebe isn’t going to fall in love, ever.
But then she meets Emma . . .

Love is for Losers by Wibke Brueggemann is a hilarious, life-affirming novel about all the big stuff: love, sex, death, family, heartbreak, kittens . . . and kisses that turn the whole world upside down.

In the same parcel as above, I also got this book from Pan Macmillan Children’s which also sounds very good. Thank you again to the team for this review copy. 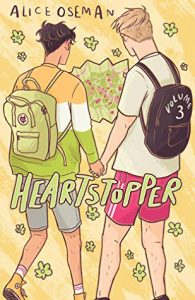 In this volume we’ll see the Heartstopper gang go on a school trip to Paris! Not only are Nick and Charlie navigating a new city, but also telling more people about their relationship AND learning more about the challenges each other are facing in private…

Meanwhile Tao and Elle will face their feelings for each other, Tara and Darcy share more about their relationship origin story, and the teachers supervising the trip seem… rather close…?

I was very excited that this week was the release of Alice Oseman’s third volume in the Heartstopper series so I instantly bought myself a copy of the book to enjoy! 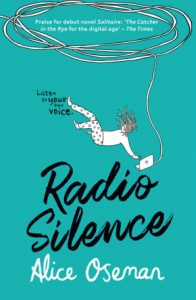 From critically acclaimed author Alice Oseman comes a smartly crafted contemporary YA novel, perfect for readers who love Rainbow Rowell’s Fangirl. This is an utterly captivating and authentic new teen novel from the author of Solitaire, which VOYA said “could put her among the great young adult fiction authors.”

Frances Janvier spends most of her time studying.

Everyone knows Aled Last as that quiet boy who gets straight As.

You probably think that they are going to fall in love or something. Since he is a boy and she is a girl.

They don’t. They make a podcast.

In a world determined to shut them up, knock them down, and set them on a cookie cutter life path, Frances and Aled struggle to find their voices over the course of one life-changing year. Will they have the courage to show everyone who they really are? Or will they be met with radio silence?

I realised this week that despite reading Radio Silence, I did not appear to have a copy – my luck is that it went missing in the move. So, to ensure that I still have a complete set, I also bought this book this week! 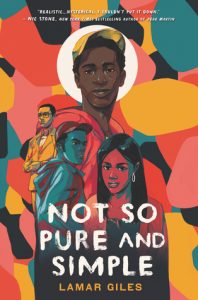 In his first contemporary teen novel, critically acclaimed author and two-time Edgar Award finalist Lamar Giles spotlights the consequences of societal pressure, confronts toxic masculinity, and explores the complexity of what it means to be a “real man.”

Del has had a crush on Kiera Westing since kindergarten. And now, during their junior year, she’s finally available. So when Kiera volunteers for an opportunity at their church, Del’s right behind her. Though he quickly realizes he’s inadvertently signed up for a Purity Pledge.

His dad thinks his wires are crossed, and his best friend, Qwan, doesn’t believe any girl is worth the long game. But Del’s not about to lose his dream girl, and that’s where fellow pledger Jameer comes in. He can put in the good word. In exchange, Del just has to get answers to the Pledgers’ questions…about sex ed.

With other boys circling Kiera like sharks, Del needs to make his move fast. But as he plots and plans, he neglects to ask the most important question: What does Kiera want? He can’t think about that too much, though, because once he gets the girl, it’ll all sort itself out. Right?

The very lovely people over at Harper360 sent me this book last week and I cannot wait to give this one a read. It sounds incredible. Thank you for this review copy! 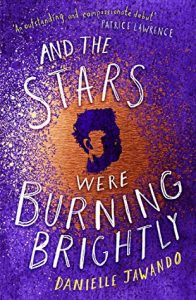 An emotionally rich and current story of suicide, mental health, bullying, grief and growing up around social media.

When fifteen-year-old Nathan discovers that his older brother Al has taken his own life, his whole world is torn apart.
Al was special.
Al was talented.
Al was full of passion and light…so why did he do it?
Convinced that his brother was in trouble, Nathan begins to retrace his footsteps. And along the way, he meets Megan. Al’s former classmate, who burns with the same fire and hope, who is determined to keep Al’s memory alive. But when Nathan learns the horrifying truth behind his brother’s suicide, one question remains – how do you survive, when you’re growing up in the age of social media?

Lastly, but certainly not least, thank you to Simon and Schuster for this review copy of And The Stars Were Burning Brightly which sounds like my kind of read!

And there you have it, my Sunday Summary!

What Did You Get This Week? What Cool Blog Posts Did You Write? What Are You Reading This Week?

My Thoughts On... The Burning by Laura Bates