Hello Jonathan and welcome to A Daydreamer’s Thoughts.
Hi thanks for the invite, it’s nice to talk to you.

Let’s start with something easy, tell us a little something about yourself.
Well I guess I’m a typical 15 year old. I like hanging out with my friends and love being with my family. I like to write and tell stories, that’s something I have always done that has made me different from others. I like that though. I suppose nothing major has ever happened to me until I found myself in Brunswick.

Now Jonathan, tell us about the game you used to play with your father as a kid.
That was great, those games were some of the best memories. We used to be captains in an army or sometimes we would be wizards! We would just play whatever came in to our heads. Well, what ever came in to my head really but Dad would always go along with it. He was really good at getting in to character, he started the game when he was a little boy but never really put that much thought in to it. He always said that he played it better when he was with me than when he was a kid.

Did you ever imagine that the world you created could have become real?
Definitely not. I mean those are the sort of things that I tell stories about and they are all in my head. I guess I never really knew just how powerful a thought could be. Until now that is!

Who was your favourite villager?
Freya. I know that I spent a lot more time with the others but Freya took care of me. From the minute I woke up in Brunswick I just wanted to go home. I missed my Mum really badly. Freya was there to look after me, the whole time I was there in the village of Torin she acted like a Mother to me. I was really grateful for that. I miss Grace though.

Did you enjoy your adventure?
I did, I never thought that anything like that could happen and I’m glad that it did. I proved to myself just what I can do if I put my mind to it.

What, for you, were some of the scariest things you had to face?
It was scary being without my family in a strange place. I’ve never been in that situation before, if it wasn’t for Freya I think I would have found it even harder though. To be honest, I was probably more afraid of having to take charge of our troops than I was of the actual army of Volker that we were going to fight! I mean I’m just a kid and the Volker were pretty big, but having everyone think that I was some great leader and fighter was a lot to carry. Thank god that Hector took the strain and helped me. I’m a bit claustrophobic as well, I don’t like feeling constricted. The air near the Tower was like thick smog and smoke. It was so hard to breathe around there, which scared me. As soon as you walked in to it, it was like being strangled by invisible hands. It was horrible.

As a fifteen year old boy, do you have any idea what the future holds for you?
Well, not really, but I hope it holds a job as a writer. That’s the only thing that I know I want to do. As for anything else I guess we will have to wait and see. Between you and me though I am hoping that I get to go back to Brunswick one day!!

And a quick fire round

Thank you Jonathon for chatting with me today! It’s been a pleasure.

If you would like to see more of Jonathon, then feel free to head on other and read the book he stars in, Brunswick by Anne Haines. 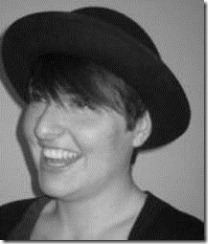 Ann Haines is a debut writer from the South East of England. She is a married mother of two, a horror movie buff, Tweeter, Blogger and a self-confessed geek………………………. and GLEEK (much to her sons annoyance).
She has been writing from an early age and even took to illustrations as she went through her teenage years. Although she still sketches as a hobby she now prefers to focus on her writing. At nineteen she became a mother and had to put her writing on hold for a more lucrative job to support her and her son, as it was just the two of them. She never gave up the idea of becoming a writer though and when her son was four he gave her the idea for what is now her first book ‘Brunswick’.

After two and half years of writing her book and researching the self-publishing industry, Ann’s book ‘Brunswick’ was published on Amazon. She became part of the Indie Publishing community that she loves and is widely involved in. Over the years she has had many ideas for her work and so we can expect to see much more of this new Indie Author.

Diving Into the Past - Harry Potter Special (13th-15th July–delayed)

Behind The Blog #11 – Zombie Mornings.