It’s Friday! And that means it’s time for my friday feature: Friday’s Film Favourite. Basically I list all of the films that have been released this week and share their trailers with you and then let you know which one I’m looking forward to seeing the most and why!
Simple, yes?
If you’d like to participate in this feature, either comment or send an e-mail to xx.daydreamer21.xx@gmail.com. I’m contemplating making it something others can join in on!
Anyway, here’s what’s coming out this week; 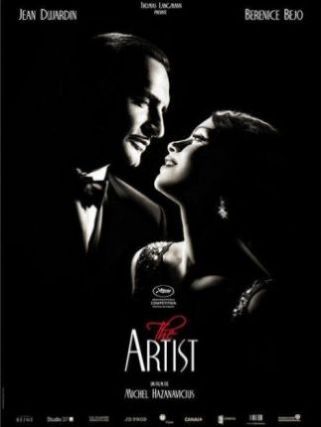 In romance drama ‘The Artist’, George Valentin (Jean Dujardin) is a world-famous silent movie superstar.
However, his illustrious career looks set to come to an abrupt end when talking pictures arrive, changing the face of cinema forever. At the same, Peppy Miller (Bérénice Bejo), a struggling young dancer, is catapulted into stardom thanks to her natural ability for the new medium.
‘The Artist’, also starring John Goodman (Beyond the Sea, The Big Lebowski), tells the story of what happens when they meet and share their dreams and ambitions.
TRAILER: http://www.youtube.com/watch?v=2qWLOYTiClE&feature=related

Goon (Release Date: 06/01/2012)
Comedy ‘Goon’ stars Seann William Scott as Doug Glatt, a rich dropout working as a bouncer in a sleazy bar who accidentally finds he has a skill for taking down ice hockey goons, the toughest players in sport.
Though he can’t skate, his fighting ability gets him noticed and on a team and sees him rapidly rise through the ranks to become the most feared goon in the NHL.
‘Goon’ also stars Jay Baruchel (Million Dollar Baby) and Liev Schreiber (Taking Woodstock)
TRAILER: http://www.youtube.com/watch?v=NfOZaquIhG8

The Iron Lady (Release Date: 06/01/2012)
The Iron Lady’, starring Meryl Streep as Margaret Thatcher, tells the story of how the country’s first female PM broke through traditional barriers to succeed in a male-dominated political world.

With power never coming without a price, this compelling biopic takes us behind the scenes of 10 Downing St and Parliament to examine the cost she paid in terms of relationships and happiness in an intimate portrait of a one of the most controversial leaders in recent UK history.
TRAILER: http://www.youtube.com/watch?v=yDiCFY2zsfc

Player (Release Date: 06/01/2012)
Classic heist caper ‘The Italian Job’ is given an Indian makeover by directorial duo Abbas and Mastan Alibhai Burmawalla in ‘Players’.
Moving the action to Eastern Europe, the film follows Charlie, a man leading a double life as an accountant by day and super cool criminal by night. Assembling a crack team of specialists, he plans to pull off the biggest and most audacious robbery of the century by liberating a massive consignment of gold in transit.
‘Players’ stars Abhishek Bachchan (Game) and Sonam Kapoor (Mausam).
TRAILER: http://www.youtube.com/watch?v=WgPQ7_xsm3o

THE FAVOURITE: The Artist
I thought that Player looked like it could be interesting to see if it’s a good remake/spin off and The Iron Lady is one that has been marketed like crazy as being the film to watch but despite this, I’m incredibly fascinated by The Artist. It looks like it could be an old yet new look at films and it just looks really interesting and I cannot wait to sit down and watch it and see what I think of it!
what’s your favourite?