Hey Guys!
So today I am introducing you to the charming Susannah Noel, author of Word and Breath.
She has written a brilliant post for you all about her top five inspirations for writing Word and Breath.
Hope you enjoy!

Now I don’t know about you but I am definitely intrigued about Word and Breath now. If you are too, here’s a look at what the book is all about! 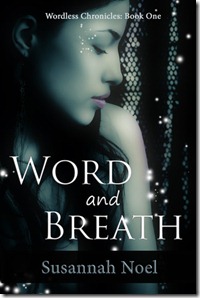 Riana has learned how to stay out of trouble. She spends her days studying written texts in the government’s Office of Readers, and she spends her nights taking care of her sick sister. She always—always—follows the rules. Despite her low profile, she has mysteriously become a target. Someone has kidnapped her sister. Someone else is trying to kill her. And someone has sent a Soul-Breather to beguile her out of her secrets.
Her help comes from the mythic leader of an underground rebel movement. A man who used to be her friend. A man who has silently loved her for years. He disappeared from her life without a word, and now he expects her to trust him again.
Then there’s the Soul-Breather, a man who can taste her spirit with only a touch. He makes her feel things she’s never experienced before, but she doesn’t know if the feelings are real. Hired to deceive and betray her, he offers to help her instead.
Without both men, she can’t rescue her sister. And she can’t discover the world-changing knowledge—buried in her memory—that has made her a target in the first place.

And if that still isn’t enough information for you, here’s some useful info on the author herself. 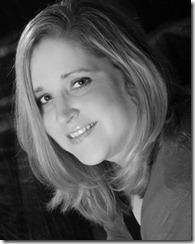 Susannah wrote her first paranormal novel when she was twelve years old–a time-travel romance written in a spiral-bound notebook that eventually starred all her friends. Since then, she has been writing romantic fiction of all varieties, including paranormal, contemporary, and historical. She can usually be found working on her laptop.
She has a PhD in British literature and teaches at a university in Virginia. She is currently working on the second Wordless Chronicle.

Skating on the Edge by Joelle Charbonneau + Author Interview!