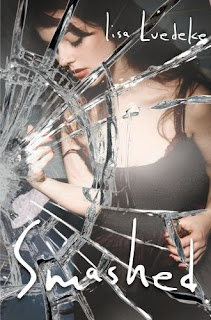 A field hockey star grapples with addiction in this riveting debut that will appeal to fans of Laurie Halse Anderson’s Speak.

Stay out of trouble for one more year, and Katie Martin can leave her small town loneliness behind forever. She is a field hockey star on the fast track to a college scholarship, but her relationship with alcohol has always been a little questionable. Then trouble finds her. Alec is the most popular guy in school, and also the biggest bully—with his sights set firmly on Katie. When Alec turns on the charm, Katie thinks she must have been wrong about him.

Except that she wasn’t. On a rain-soaked, alcohol-drenched night, one impulsive decision leaves Katie indebted to Alec in the worst possible way. This debut novel is a fast-paced and compelling story of addiction, heartbreak, and redemption.

Why?: I saw this book and while I don’t know anything about hockey, I thought that the themes it deals with and the things that it’s going to cover sound really interesting. i don’t read them enough but I love stories that have deep meanings and are filled with rich raw emotion. This one sounds like it could be a really good one!
———-
Title: The Vow
Release Date: 10/02/2012 (UK)
IMDB: The Vow
Directed By: Michael Sucsy
Why?: Okay, I have kind of cheated on this one, mainly because it’s not a long wait! But, I saw this trailer a while ago and forgot to mention it before but since it’s still not officially out in the UK, I am mentioning it now! This story just… really gets to me. I’ve read a similiar novel where the husband doesn’t remember his wife and it was utterly devastating. I think that the idea behind it, is just terrifying really. Therefore, I can imagine that this film could be amazing and cannot wait to go and see if that is true!
what are you waiting on?
and don’t forget to enter my giveaway!  (only three days left!)