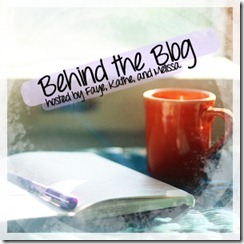 This week we have a FREE WEEK! That means you can write about whatever you feel like! If you want to write about the same topics as us, feel free!
I have decided to write about dystopian books. Why do I read them? What do I like about them? If I was the heroine in a dystopian world, would I be able to rise up to the challenge? What would I do to stay alive?

The dystopian genre has been around for a really long time but recently it seems to have taken off and become increasingly popular. With The Hunger Games hitting the big screen this year, our generation has been dying to read more dystopian stories – that or the publishers are just putting more effort into advertising them, anyway. Because everyone wants to read books that hold the same punch as the trilogy that has quickly taken the reading – and now watching – world by a mighty storm. Even adults have been picking up the trilogy, ones that very rarely read YA, and reading it through to the very end.

I have, along with the rest of the world, also found myself loving dystopia’s. As far as I am aware, I did not read any as I grew up, my books generally about fantasy worlds, or crime or contemporary. Dystopian books were really not on my radar at all. But ever since reading The Hunger Games, I have been on the lookout for other great dystopian reads. So why did I find myself so attracted to the genre? For me, it was the idea of hope in the midst of all the depression and destruction. A world in which people are suffering, are fighting to simply eat a loaf of bread and yet there is still this pile of positive hope, a mass of people willing to give up everything to make things better. There is something so… amazing about that, isn’t there?

That is why I like reading dystopian books. Not because I like seeing how the world may turn out, not because I’m pessimistic and like reading negative stories, but because I like reading great stories with amazing heroines and heroes who will stand up when no one else will. I like knowing that even when the world is in absolute chaos, there will always be some hope, some kind of positivity to keep everything and everyone strong. Because this is what humanity is, it is what humanity should always be.

But what if I lived in a dystopian world?
This is the question. After reading many dystopian stories with strong heroines and heroes, I had to ask myself what I would do in their position. If I was Katniss, would I have had the strength to stay until the end, to fight until it was done? If I was Tris, would I have been able to continue going or would I have crumpled and folded? If I was at the center of it all, would I command an army, stand to attention, or hide in the shadows and hope that things would simply go back to normal on their own?

I’d like to think that I had the strength of a heroine, I’d like to believe that when push came to shove I would stand tall and keep battling on, but I’m not so sure it would be that way at all. Many people may be able to talk the talk, but when it comes down to it, very few people would actually be able to walk the walk. And as I can sometimes get scared and fearful just walking home in the dark, or even just walking around London on my own, I struggle to believe that I would have what it took to truly do what the heroines in these dystopian stories do. I’m more likely to be a Primrose character, ready and willing to walk into the game, knowing I will likely die before my sister steps forward and tributes for me.

But then I think about my family and my loved ones and all my resolutions change completely because I would do anything for them. If I had them in my mind, if what I was doing was to save them or to help them or to honour them, then I wouldn’t even blink. I have had large arguments with people who have been horrible to my sisters, I have been filled with an uncontrollable rage when they tell me about people who have hurt them and so if it was MY sister who had been pulled out of that glass dish, I would have done exactly what Katniss had done, and volunteered for tribute. I may not have the guts to do it for myself, but I sure as hell would do it for them.

So maybe I could survive a dystopian world, but only if I had fuel to keep me going. If it was only my back that needed saving, I would probably just grit my teeth and bear it. Does that make me as strong as these amazing characters in the dystopian stories? Maybe, or maybe not. But all I can do is pray that I will never have to actually find out.

Do you think you have what it takes?

Some dystopian books that I have read and absolutely adored. 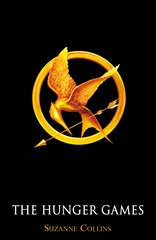 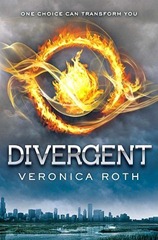 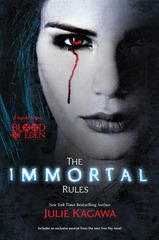 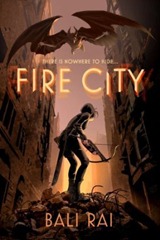 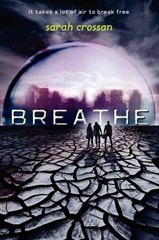 The Hunger Games Trilogy by Suzanne Collins; A brilliant trilogy with a truly heroic heroine. The book that got me into reading dystopian stories!

Divergent by Veronica Roth; One of my favourite books, of all time, this dystopian turned my world upside down. It was amazingly written, had one hell of a kick-ass heroine and just had everything anyone could ask for in a story.

The Immortal Rules by Julie Kagawa; After reading this vampire dystopian story, I struggled to enjoy her Iron Fey series as much as I should because this story was stunning and a thousand times better.

Breathe by Sarah Crossan; Amazing. The best word to describe this story. A unique storyline, a unique dystopian world and some brilliant, fiery heroes and heroines to keep you on your toes!

And here’s a list of dystopian books I want to read. A few of these I own, a few I will be getting from the library or purchasing soon!

If you have any other suggestions for me, I’d love to hear them! What are your favourite dystopian stories? Share all!

We’d love to have you join us for Behind the Blog!

If you’re choosing to join us for Behind the Blog don’t forget to link up your post by using the Linky list below!

What I Write, Why I Write by David Blalock