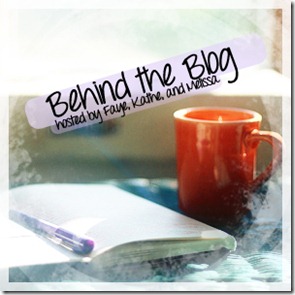 Our theme this week is Snail Mail.  In the  age of instant gratification, technology is everywhere. Through Twitter, Facebook, and email, we’re always connected. As an unfortunate result, letter writing seems to have become a dying art. Even so, the thrill of getting a letter or card in the mail from a dear friend never seems to diminish. Do you like to write letters, or do you prefer email or social media sites? Have you ever been part of a pen pal program? Book related questions: What are some books you’ve read and enjoyed that have letter writing as a key component? What about some films? Do you ever take part in bookswaps? (They’re like a pen pal program but with books!)

I love to write letters. The personal touch of writing (and receiving) a handwritten letter is one of the little things in life that I just truly enjoy. Unfortunately, however, it is not something that happens to me very often – especially lately. As I grew up, I would spend a lot of time writing in old notebooks – mostly poems and songs – and I never went anywhere without a book to write in. At this point the idea of writing a letter to someone in a different country or town just did not occur to me. Then, at the age of nine I received my very first computer. At first it was used only for video games, and then I discovered word and it was used for my writing as well.

Skip forward four years and I found out about the internet and I simply became obsessed. I quickly discovered neopets and then proboards and, ultimately, roleplaying. I loved to write and being able to write with like-minded individuals was just… amazing to me. But, I never felt it was possible to send out my mailing address because as soon as I learnt about the internet, I also got it drilled into me about the dangers of the internet. So I connected to a fair amount of people online – a fair few who became my very best friends, who knew me better than my IRL friends and it made me itch to write to them – I had been speaking to them for years, surely if they weren’t who they said they were, I would know, right? But still, I stopped myself from asking for their addresses, despite knowing that most were all the way across the ocean in the US.

It was not until I turned seventeen that I sent my very first hand-written letter. It was to my friend Christy who was currently in Canada, the very country that I would be visiting the next year. I had known her for four years before I wrote that letter and boy did I gush! When she told me it had arrived, I was elated – surely there couldn’t be a better feeling? Then, she took the time out of her busy schedule to write one back and that letter was proudly hung on my wall – until I left for Uni and it had to be taken with me. Then, at christmas, we sent each other presents and it was great and I realised how much I wanted to continue writing letters so I ended up asking my other RP friends if I could write them letters. I sent quite a few and loved each and every one I sent, and every one I received back.

When I went to Canada, letter writing became my forte. Yes, I could tell all my friends about what was happening on Facebook but it was never as personal. I sent all of my best friends continuous letters and I even started writing letters to my grandma! I always loved receiving letters from her and hearing about her life and I will cherish those letters until my very last breath. Then, when I returned from Canada and had to head off to uni, my letter writing, unfortunately dwindled. I got too busy with university life and work and I just didn’t have time so eventually it all just stopped and has never picked up since. The longest letter I have written recently was to Kathe when I sent her a book and it was rushed and not very great and that deeply depresses me. I think, one day, I will take up letter-writing again but in the mean time, I will stick to e-mail, Facebook and Twitter.

On that note, while I love snail mail, I have also found that e-mail can be a great way to communicate. In this day and age, just as sitting down and writing a letter can take a while, so can sitting down and writing an e-mail – especially a nice, personal one. While I have had many e-mail pals, there is one who I will always remember – Brodie from Eleusinian Mysteries of Reading. Yes, that’s right. Way back when the two of us used to RP together but then, as things naturally do online, it all just sort of dwindled. A year or so after our co-admin’ed site had died, I realised that I missed the girl I spent a lot of time talking to and so I sent her an e-mail. She wrote back and we soon decided that we should become e-mail pals. We wrote to each other every so often – nice and lengthy e-mails about our lives, our goals, our futures and it was great. But again, our time dwindled and soon the e-mails became few and far between. Eventually we decided that we had come too far to just stop communicating altogether so we vowed that, if nothing else, we would send each other an e-mail on our birthdays. This year (or well last) was the first year that didn’t happen because we both now have blogs and twitter and our connection has once again been rekindled. Honestly, as corny as it may seem, I still couldn’t be happier. She is probably my oldest friend online and I love that about our friendship.

———-
Relating this topic back to books, my favourite book – or the most memorable, anyway – that is set out with letters is Where Rainbows End by Celia Ahern.

This book is so memorable because it is fairly romantic and cute, but also because the communication between Rosie and Alex isn’t just letters but it is e-mail and notes as well and it is just such a lovely story! You can really tell how much they meant to each other and I just loved it.
I will also have to include, Dear John by Nicholas Sparks 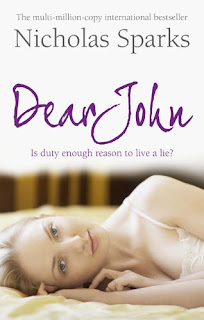 This book is simply incredible. It was the first Nicholas Sparks book that I read, and I was so completely hooked on it. The film adaptation simply doesn’t do the book justice – and I damn well loved the film – and I just love the letters in this book. They totally broke my heart
————
Relating this topic back to films, I am again cheating this week with a film adaptation. The few films that I can think of that involve letters are book adaptations – but probably because it’d be hard to have an original film focussing on letter writing as that is a reading medium.
The first to mention is Atonement (2007), which wasn’t written as letters within the novel and the film doesn’t completely centre on the letters but the ones that are mentioned are really important to the rest of the film and just bring it all together.

And secondly, while I know this one doesn’t evolve around letter-writing per say, I still love it and feel that it needs to be mentioned here. I, of course, mean, You’ve Got Mail (1998) – because who doesn’t love this movie?

It is just such a touching story – a love that blossoms from e-mails and a love of books. Awwh!
————-

But now that you’ve got to here, why don’t you join us!
Behind the Blog is a new meme for bloggers themselves. To find out more, check out the introduction on my blog or that on Kathe’s.

Shadow on the Wall by Pavarti K Tyler