Hi Guys!
Today I have for you all a guest post by the wonderful Beth Garrod as part of her Blog Tour!

But first, here’s some info on the book! 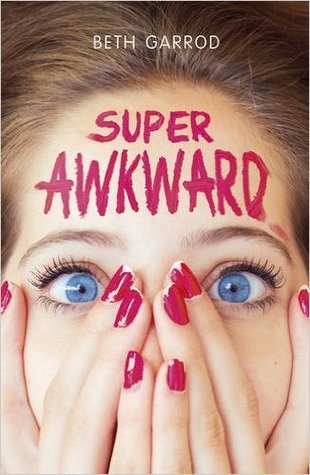 I, Bella Fisher, am absolutely WINNING at FAILING at life.
1. I once got my tongue stuck to a box of Calippos in a supermarket.
2. I accidentally called my geography teacher Mum. Twice. He wasn’t impressed.
3. I’m a geek. And not in a geek-chic kind of way, but in a secretly-caring-about-failing-maths-and-science way.
4. I always fail maths and science.

So it figures that when I meet the FITTEST BOY IN THE WORLD, Zac, I’m doing solo star jumps. While dressed as a cereal box.
(NOTE TO SELF, fancy dress = HE-WILL-NEVER-EVER-FANCY-ME dress.)

Now I’ve got to somehow persuade Zac to come to prom with me while avoiding my evil ex and dealing with a secret so mega-awks I want to Ctrl-Z my brain… What could go wrong?
Oh yeah, that’s right. Absolutely everything.

Have you ever had a moment that was so Super Awkward you wished you could delete the memories of people who were there at the time, and put a worldwide ban on people ever thinking – let alone mentioning – it ever again?

Ok. Well then imagine that. And then imagine writing them into a top five list for the world to see. WELCOME TO MY LIFE.

(Although thanks for asking me, I’m actually quite excited). So here goes.

Soooo, there is a tiny glimpse into the everyday danger that is being me. But I always figure that what doesn’t kill you, makes a funny story for someone else.

What are some of your super awkward moments?