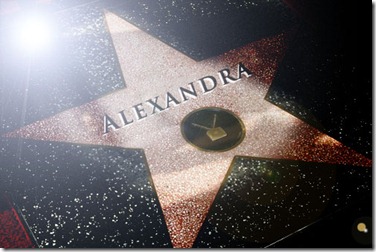 Hey Guys!
So today I am introducing you to the sweet Alexandra from Alexandra Scribbles.
She has written a brilliant – if I say so myself – guest post on her favourite fantasy creatures.
Hope you enjoy it!

Hi everyone!  So Faye has graciously allowed me to wander over to her blog today in order to share my love of magical animals with you all.  (Thank you Faye!)

I grew up reading a lot of fantasy, and playing a lot of imaginary games with my younger brother.  Because we didn’t have a television, most of our games reflected the books we were enjoying at the time.  So, depending on the day, we were hunter-gatherers, or knights, we were mer-people, or royalty, or magicians.  We journeyed across vast plains, through forests, up mountains.  We interacted with dragons and talking animals and other wonderful creatures.  And even when I got too old for such games, I still kind of wanted the animals we’d imagined up to play with.
Forget a goldfish or a hamster, I want…

A Unicorn
I know, I know.  So stereotypical.  But the fact is, I have adored unicorns ever since I can remember.  With their quiet grace and elegance and nobility, I would love to befriend a unicorn.  Although I have a sneaking suspicion that if I actually had a unicorn, he’d be tubby as with short legs and lots of attitude.
Maybe I could go for the Chinese unicorn, the Ki-Lin, which radiates beautiful colours, has a voice like thousands of windchimes chiming together, and walks so softly its hooves make no sound.
If I couldn’t have a unicorn, my back-up option is Skinfaxi (“Shining mane”).  In Norse mythology, Skinfaxi is one of the horses of the sun, lighting up heaven and earth with his beautiful golden mane.

A gryphon (or two.  or three)
Gryphons are usually depicted as a lion with the head and wings of an eagle.  But as my Dad pointed out, why limit yourself to a lion?  Why not have a panther-gryphon, or a tiger-gryphon, or a leopard-gryphon?  Or ALL OF THEM.  In the legends, gryphons deliver justice, fight evil, symbolise power and protect the sacred.  Basically, they are the superheroes of the mythical animal world.

A Fox
So I know they’re not mythological, but they’ve got such a significant presence in world folklore that they totally count for this list.  One of my favourite legends associated with the fox comes from Finland.  There they say that the aurora borealis is caused by foxes running across the snow, sweeping it up into the sky with their tails.  So in Finland, it’s called “revontulet” – “foxfires”.
Foxes are the tricksters of the animal world, but they can also be helpful.  Even the Japanese fox-shifters, the Kitsune, who tend towards malevolence, have been known to lend a helping hand/paw to those who need it.

A Cath Sith/Sidhe (pronounced ‘Cat shee’)
This is the faerie cat of Scotland, a great black cat the size of a dog with a white blaze upon its chest.  I feel you could have adventures with a pet like this.

A phoenix
According to Herodotus, the phoenix looks like an eagle with red and gold plumage.  When it comes to the end of its life, it builds a pyre of sweet-scented wood and spices, and burns itself to ashes.  Then from the ashes, it is reborn.
In Chinese mythology, the phoenix embodies the Five Virtues – Benevolence, Righteousness, Propriety, Wisdom and Sincerity.
And last of all,

A pukis/pukys
This one comes from Baltic folklore, and is described in my encyclopedia of mythical creatures as a small household dragon which takes the form of a cat on the ground, but transforms into a dragon when it wants to fly through the air.  It has a tendency to be a bit of a trickster, and to hoard and guard treasure.
How cute does it sound!?  I love the idea of it being able to shapeshift between those two such different forms, depending on what it feels like doing.

So that’s my list.  What creatures – mythical or otherwise – would you love to have as a pet?

Behind The Blog #13; We’re Dreaming Big