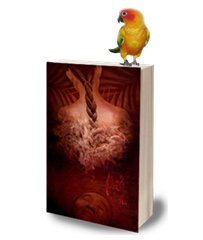 Hey Guys
So today I am the tour stop for the blog tour of Flesh by Khanh Ha. Below I have for you all my review and then there’s a giveaway at the very bottom of the post too!
Don’t forget to check out the rest of the stops on the tour! 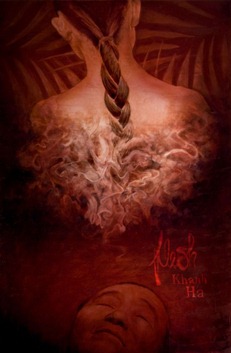 The setting is Tonkin (northern Vietnam) at the turn of the 20th century. A boy, Tai, witnesses the beheading of his father, a notorious bandit, and sets out to recover his head and then to find the man who betrayed his father to the authorities. On this quest, Tai’s entire world will shift. FLESH takes the reader into dark and delightful places in the human condition, places where allies are not always your friends, true love hurts, and your worst enemy may bring you the most comfort. In that emotionally harrowing world, Tai must learn to deal with new responsibilities in his life while at the same time acknowledging his bond, and his resemblance, to a man he barely knew–his father. Through this story of revenge is woven another story, one of love, but love purchased with the blood of murders Tai commits. A coming-of-age story, but also a love story, the sensuality of the author’s writing style belies the sometimes brutal world he depicts.

Before It’s Lost
Reading is one of those activities that can be described in many different ways to do many different things. Some people may read to escape the world, some people may read to have a good cry, to have a great laugh, or simply to feel emotions over situations that would ordinarily be unknown to them. It is a journey that is different to every single person and changes from book to book. I feel it is important to remember this when it comes to Flesh by Khanh Ha. This book is definitely a unique novel that I can feel would say something different to each and every person who picks it up. It is the kind of the book that rests on the border between entertainment and art.

We Must Begin
The very first thing that must be spoken of in this review is how intriguing and interesting the plot of this book is. It is so fascinating, in fact, that I wish there were more words in the English Language – or even just wishing I knew more words – to describe exactly how amazing it is. While, essentially, the plot is no different than any other brilliantly written novel, there is just something about this novel that totally threw me. Now, I feel like you’ve gotten to here and feel like this is my new favourite novel but that is just not correct. I am, in fact, awed by the plot and writing style of this novel and it has definitely taken me by surprise and changed something within me but it is, unfortunately, not one that I can say I fully loved. While it is a magnificent piece of work, it also has its line of flaws that often had me pausing as I read the novel.

There is a very slow build up in this novel – or I felt there was anyway. By this, however, I don’t refer to the action as the very first chapter was definitely captivating. It was, however, a struggle to get used to the writing style easily as there were lots of long paragraphs with copious amounts of description. But the worst part of it all was the amount of description that I simply struggled to understand. Words I had never heard of before were thrown about casually and I often found myself trying to work out what was actually happening. This writing style had me using my brain a lot while I read this book, it is not one that you can simply read and after reading many YA books before it, it took me a while to get used to. However, once I was on board with the style and able to get my head around the style, it definitely became a lot easier and more entertaining to read. By the time the book ended, I was dumbfounded by the twists and turns that I truly did not expect and was left with a lot of respect for Khanh Ha.

For Our Journey
The main protagonist, Tai, was definitely an interesting young fellow to read about and while I never fully connected with him, I couldn’t help but love his character and the journey that he travelled. Tai was a strong character who cared with his whole heart and did what he felt was right, despite the consequences. He took his life in his stride and showed more care and kindness to those around him then he did for himself, often neglecting to even think about the consequences it would have on his own life. By the end of this novel, I admired him greatly and understood his actions in the final pages. The story was definitely made stronger with Tai as the protagonist. It was his story and it was a great one.

The dialogue in this story did sometimes felt stilted and forced but I also feel that this would have fit naturally within the world it was set. Not only was it set in years past, but it also had characters who had language barriers. Some were native Chinese speakers whilst others were native Annamese, and two didn’t speak at all. With all this benefactors, it was clear to see why the dialogue didn’t feel natural in places and I find that this actually made Khanh Ha a more interesting author in my eyes. It felt natural within the world of the story and that is exactly what it should have done.

To Find Full Meaning
All in all, this novel is one that I enjoyed reading. It was difficult to get to grips with, hard to find myself liking to begin with but with a bit of perseverance, I soon found it to be a very intriguing and interesting novel. It is unlike any that I have read recently and reminded me that sometimes reading a novel that takes a little more work can be a lot more rewarding. Once I was used to the style, I found the story compelling, my mind wanting to know what would happen next and where the story would lead me to in the end. Flesh is the tale of a young boy learning to understand and appreciate the world and others around him and I truly appreciated the story that I read. While the story is about a boy of seventeen years old, I feel that I would have a hard time classifying it as Young Adult fiction. Whether this is due to my own preference or whether the boundaries of the classification need to be looked at further, I will never know but I would be hard-pressed to recommend this book to anyone younger than fifteen years of age. And even at fifteen, I feel some will struggle a lot with this book.

What I’m trying to say, is that if you’re looking for a book with a powerful story, a tonne of depth and one that can never be described as “light” reading, then Flesh is definitely the book for you. But if you’re looking for a book simply to get a few hours of easy entertainment then steer clear of this one. I may have truly admired this story but I can also say with clarity that this will be a book that will not be the perfect read for every body.

Wanna win a $50 gift card or an autographed copy of Flesh? 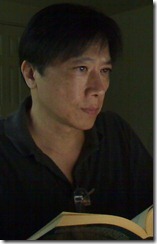 About the author: Khanh Ha was born in Hue, the former capital of Vietnam. During his teen years he began writing short stories which won him several awards in the Vietnamese adolescent magazines. He graduated from Ohio University with a bachelor’s degree in Journalism. He is at work on a new novel.

Get Flesh on Amazon or Barnes & Noble.