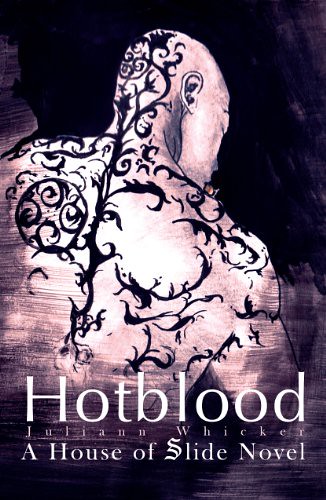 He stole a kiss from the wrong girl;Left without a soul, 17-year-old Dariana Sanders waited to die. There was nothing left to live for, nothing to feel besides the aching cold that never stopped. Her parent’s marriage was in shambles, and her brother, the only one who understood, the only one who knew how to make the cold go away, was gone forever. The only thing Dariana knew with absolute certainty was that nothing could possibly be right again. Enter Lewis Axel Nialls. Luckily for her, impossible is right up his alley. He can save her from the forces that wish to destroy her. Of course who’s going to save him, from her?

THREE OUT OF FIVE STARS ***
Unfortunately, while this book holds a lot of potential and is a fairly decent first book in a series, it is extremely difficult to get into. The problem is not that it is slow, the problem is that it is too fast. You’re pulled into a new imaginative world and terms such as Hotblood, Wild, Cool and Hollow are thrown at you without any full explanation of what it all means. Not to mention, the prologue just sort of throws you in the middle of a funeral without any explanation as to why Lewis is there. It is all just a little bit too much, a little bit soon. Luckily, things do get explained better as the story goes along but there are still some things that I’m lost on and just feel a bit more of background information could help wonders.
The story behind this novel is extremely interesting and the style of writing is definitely inventive but it is also confusing. Which is disappointing as it could have been a brilliant novel. Of course, that’s not to say that others won’t view it that way! But for me, it just was too hard to get to grips with at the beginning. There was a lot of changing POV’s and while, at the start, it was easily identifiable, as it went on, it got more confusing and I was just left feeling a little lost and alone. However, I continued to plough through the book, just hoping that somewhere an explanation would be given. And thus, it all got tied up at the end, for the most part, and it looks like the next book in the series will definitely be an interesting read and one I would definitely attempt to try, at any rate.
Character wise, this book was full of some really interesting and innovative characters that were lovely to read and get to know. I really like Lewis and everything that he had to offer and really liked that there was more to him then what really met the eye. I adored Dari’s father and her relationship with him and how, even though they’d barely spoken in the last ten years, their relationship just flowed so nicely on the page. Smoke and Snowy were also likable, in their own unique ways. But I think my favourite characters was probably Grim and Satan and it was a little disappointing that Grim didn’t have as much of a central role but hopefully this will change in the upcoming novels!
The romance in the book was good. It wasn’t too much and while it did slightly seem a little forward at points, it was actually really nice to read. She didn’t want to think about him, she didn’t want to search out for him but for some reason she just felt safer around him and it caused her an unexplainable grief when he wasn’t near her. It was different and not too over-powering throughout the novel when it definitely could have been so that was definitely refreshing! Not to mention, the sideline romance between Smoke and Snowy was just adorable. I will not let anyone persuade me otherwise on this!
All in all, this was a decent book. It may have taken a while to get into and was confusing to begin with but as the story developed and turned, it actually grew into an interesting and imaginative story that I would be happy to continue reading about. I was given the chance to read and review this book due to the group Paranormal Romance and Urban Fantasy’s Read 2 Review and I am glad that I got the opportunity as it was definitely an interesting read. But don’t take my word on it, why not pick up your own copy and get reading!
Faye