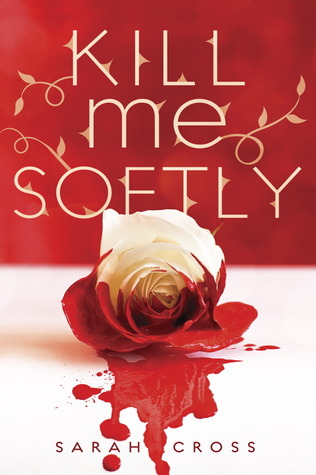 Mirabelle’s past is shrouded in secrecy, from her parents’ tragic deaths to her guardians’ half-truths about why she can’t return to her birthplace, Beau Rivage. Desperate to see the town, Mira runs away a week before her sixteenth birthday—and discovers a world she never could have imagined.

In Beau Rivage, nothing is what it seems—the strangely pale girl with a morbid interest in apples, the obnoxious playboy who’s a beast to everyone he meets, and the chivalrous guy who has a thing for damsels in distress. Here, fairy tales come to life, curses are awakened, and ancient stories are played out again and again.

But fairy tales aren’t pretty things, and they don’t always end in happily ever after. Mira has a role to play, a fairy tale destiny to embrace or resist. As she struggles to take control of her fate, Mira is drawn into the lives of two brothers with fairy tale curses of their own . . . brothers who share a dark secret. And she’ll find that love, just like fairy tales, can have sharp edges and hidden thorns.

A Tale Begins
Every now and again, we find ourselves instantly attached to a book cover and a powerful synopsis and we suddenly feel this urge to have that book in our lives so that we can devour it and love it as we are certain we will. More often than not, we’re right in our thoughts and those books soon become our most treasured possessions, but then there are the odd few books that actually fall off the mark and fill us with a deep feeling of regret. If we hadn’t become so attached to that beautiful cover and shimmering synopsis then the book would normally not feel like such a disappointment but as it is, it does. I, unfortunately, felt this way about Kill Me Softly. I was so drawn by the cover and synopsis of this book that I was so certain that this was going to be the book for me so when I didn’t love it as much as I believed I would, I felt extremely deflated. After giving it some time to settle, however, I do know that I did enjoy the book and it did have its good qualities, and it would have been a book I enjoyed a lot more if I hadn’t felt so attached to it before I began.

With Twists and Turns
This novel has a very interesting plot. Fairy tales that we have grown up knowing about, and probably loving, are all coming true. But they’re not the nice happy-ending tales that we know about. These tales are cursed, or rather, the people who are marked to play out the stories are cursed and there is nothing they can do to stop the inevitable curses from happening. Fairy-tales are made out to be deadly and alarming, after all, would you want to fall unconscious from a prick and never be awoken for a hundred years? In all honesty, I loved the concept of this novel, I thought it held a lot of potential but for me, it just didn’t work. I can’t exactly pinpoint what went wrong for me but I just didn’t enjoy this aspect of the story. It was definitely interesting and I know that some people will really like it but it just didn’t work for me.

As for the plot itself, I am on the fence about it. There were parts of the story that I really liked and kept me captivated but there were also parts that I just didn’t like. The way Mira behaved throughout the novel annoyed me and as she was the main compass of the story, it was very hard for me to really like it. I enjoyed the way the other characters interacted with each other, liked the way that they all stuck together despite their predicaments and there were moments that I found truly fascinating but it was never enough to make me love the book as much as I wanted to. However, I did enjoy this book enough to continue turning the page and not giving up on the book entirely. It was an entertaining read, if just gruelling in places.

And Interesting People
As mentioned above, Mira was a character that I really struggled to like. She actually really grated on my nerves. All of her actions just made me roll my eyes and I couldn’t get behind her at all. I started out liking her, she was a girl on a mission and she was willing to break the rules to get what she wanted, needed to know but as the story continued I found her to be irritating and petty. She acted like she had no thoughts of her own, fell into the arms of the first gorgeous guy and that was the end of that. Yeah… no… just did not work for me at all. She was a bit of a better character by the end of the story but overall, she just wasn’t a character that I really cared for.

Blue, on the other hand, I adored. It was easy to see that he had a dark history and didn’t like people getting attached. He had depth to his character and I really admired how he was. He was quick to temper but he had his reasons for it and he wanted to help Mira but at the same time, he knew that he couldn’t and shouldn’t. He was definitely a character that I enjoyed reading about and helped to make the story more entertaining for me. Freddie was another reason I kept reading, he was so cute and brave and shy all at the same time. He knew he had a role to play and he’s been waiting to play it since he was born. A brilliant character who felt well-written and true.

Until It Is Over
Overall, this is a well-written novel that holds a lot of potential but just didn’t hit the mark and create the spark for me. It was enjoyable and had a really interesting concept and a plot that kept me turning the page. The ending was definitely intriguing but it wasn’t enough to keep me interested so if there is another story after this one, I probably wouldn’t read it. I can see how other people would like this book but I just couldn’t get into it myself. I am glad that I took the time to read this book as it was a beautifully written novel, I just didn’t particularly like the main protagonist and that really made the book harder to full enjoy. If you’re looking for a novel that has a unique concept, a dark feel and an action-filled story then this is the book for you and I hope that you will enjoy it a lot more than I did.

** I received this book from the publishers in exchange for an honest review. I was not compensated nor was I required to write a positive review **