Hi All!
Today is my stop on the Noah Can’t Even blog tour and I am here today with a fab guest post from Simon about things you need to know about Noah!

First though, look at how funny this book sounds! 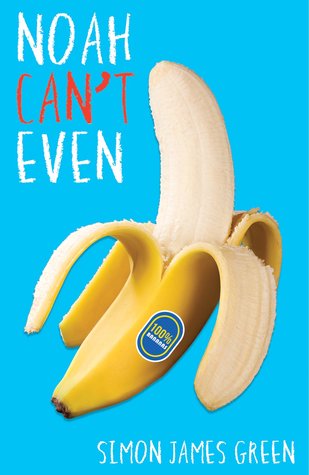 Poor Noah Grimes! His father disappeared years ago, his mother’s Beyonce tribute act is an unacceptable embarrassment, and his beloved gran is no longer herself. He only has one friend, Harry, and school is…Well, it’s pure HELL. Why can’t Noah be normal, like everyone else at school? Maybe if he struck up a romantic relationship with someone – maybe Sophie, who is perfect and lovely – he’d be seen in a different light? But Noah’s plans are derailed when Harry kisses him at a party. That’s when things go from bad to utter chaos.

Top Ten Things You Need to Know About Noah Grimes

Simon James Green grew up in a small town in Lincolnshire that definitely wasn’t the inspiration for Little Fobbing – so no-one from there can be mad with him, OK? He enjoyed a classic British education of assorted humiliations and barbaric PE lessons before reading Law at Queens’ College, Cambridge, where he further embarrassed himself by accidentally joining the rowing team despite having no upper body strength and not being able swim. When it turned out that being a lawyer was nothing like how it looks in Suits or The Good Wife, and buoyed by the success of his late night comedy show that involved an inflatable sheep, he travelled to London to pursue a glamorous career in show business. Within weeks he was working in a call centre, had been mugged, and had racked up thousands of pounds worth of debt. Finding strength and inspiration in the lyrics of Tubthumping by Chumbawumba, he eventually ended up working on a range of West End shows and UK tours, co-wrote a feature-length rom-com for the BBC and directed Hollyoaks for C4 / Lime Pictures. After trying really, really hard, he also managed to write Noah Can’t Even. If you are interested in stalking him, he still lives in London, where he spends a lot of time telling people that Noah Can’t Even is only partly autobiographical, and his mum has definitely never done a Beyoncé tribute act.