Waiting on Wednesday is a weekly event hosted by Breaking The Spine where you can spotlight a book you’re giddy with excitement to read so other people can be giddy with excitement too :)
So, I do this a little differently. My blog is about books and films so I figure that my Waiting on Wednesday will also involve films that I am waiting to come out. I will post the trailer and say a little about the film and that way we can all enjoy new films that are coming out! =] 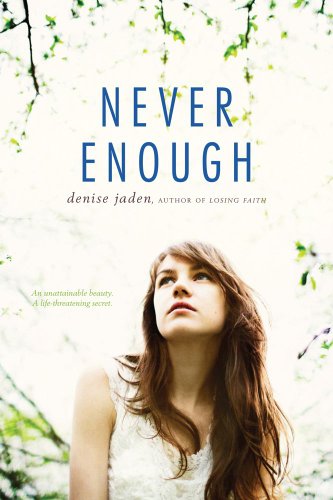 Summary:
Loann’s always wanted to be popular and pretty like her sister, Claire. So when Claire’s ex-boyfriend starts flirting with her, Loann is willing to do whatever it takes to feel special…even if that means betraying her sister.

But as Loann slips inside Claire’s world, she discovers that everything is not as it seems. Claire’s quest for perfection is all-consuming, and comes at a dangerous price. As Claire increasingly withdraws from friends and family, Loann struggles to understand her and make amends. Can she heal their relationship—and her sister—before it’s too late?

why: I just saw this one, read the title and became really intrigued and then after I finished the blurb I realised that this sounded like a really good book. Normally I prefer dystopian or fantasy novels but ones about realistic settings are also usually quite interesting and this one definitely sounds interesting!
———
Title: The Descendents
Release Date: December 16th 2011
What?: Adaptation of Kaui Hart Hemmings‘ novel by the same name.

why: I saw the trailer of this in the cinema on monday and I just have to say that it really pulled me in and looks like it could be a really interesting film. It is also an adaptation which makes it more interesting in my books and I may have to see if I can get round to reading the book beforehand. If not, definitely afterwards!!
——-
what are you waiting on this week? =]