Hey Guys!
So today I am the tour stop for the Kiss Off book tour! I am very happy to be telling you all about this book and the author.
It all sounds absolutely stunning and I hope that you guys end up looking forward to it!
And at the end of the post, there is also a chance to win a paperback copy of the book!
Enjoy :) 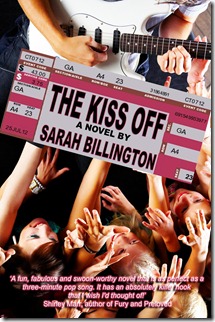 When sixteen year old Poppy Douglas writes a song about her ex-boyfriend Cam and ex-friend Nikki, she has no idea that her heartbreak is about to go global.

A local band picks up her song from Youtube and soon she’s along for the ride with her own fanbase as they blow up on the local club scene and hit the international charts. Though it turns out leaving Cam behind isn’t as easy as she had hoped.

Tangled in a web of unfinished homework, ill-considered sexting and a new lead-singer boyfriend, Poppy has a choice to make between the ex that inspired it all and the rock God whose poster lines the inside of half the lockers at school. But as she struggles to keep her emotional dirty laundry private, she learns that the truth can be hard to find when your life is in the headlines.

Add The Kiss Off to your TBR list on Goodreads!

But the story doesn’t end there! Sarah Billington is writing a second Kiss Off book as well! The cover hasn’t yet been created, but here’s some information on the book, along with some teasers of what to expect.

The money’s in! Poppy’s royalties for penning the accidental hit song The Kiss Off that shot her boyfriend’s band to super-stardom are in and she knows EXACTLY what she’s doing with it.

THE KISS OFF 2 will include:
A road trip with an unexpected passenger.
Camping.
The realization too late that she doesn’t actually like camping.
Sunburns.
A concussion.
Accidental topless swimming.
Paparazzi punch ups.
A news-worthy (yet totally false) love triangle.
Obsessed fan girls.
A stalker.
And an overwhelming request from someone super-famous.

Add The Kiss Off 2 to your TBR list on Goodreads! 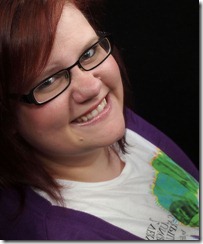 Sarah Billington is an Australian writer and editor who likes to write stories with love, laughs, suspense and zombies. Sometimes all in the same story. Her favouritest thing to write about are those horrendously awkward moments that come with being a teenager. Or a human being. Sarah was extremely accident-prone and klutzy as a kid and teen, so her cup runneth over with experiences of horrendously awkward moments to draw from in her writing. Thankfully, she has grown out of her klutziness. Mostly. She is, however, still an embarrassment.

She loves a variety of random things, which include Swing Dancing, Ice Hockey, Roller Derby and is a bit obsessive about paranormal investigation shows and channel E!.

See the giveaway details at Goodreads.

Top Ten Most Anticipated Reads of 2013