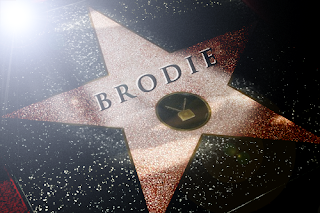 Hey Guys!
So, this is a little late and I know I should be introducing my new Blogger Spotlight today, but as we’ve both been busy, this post took a while. Hopefully y’all can forgive us both!
So, anyway, Brodie has written a post in which she details all of her favourite book boyfriends! Hope you enjoy it!
Adrian Ivashkov – Vampire Academy – Bloodline series by Richelle Mead
He’s hilarious, he’s a flirt and yes, he’s a bit of a notorious part boy. But if you dig your heels in a little deeper, you’ll find a messed-up soul. I have a thing for a bad boy with issues. They make you swoon and they make your heart ache with need to help them. Because we CAN fix them, damnit!
Noah Shaw – The Unbecoming of Mara Dyer by Michelle Hodkin
Drool. Drool. Drool. Drool. Drool. Drooooooool. Brain. No function. Noah. Sexy. British. God. Abs. DANGER DANGER DANGER: WILL RUIN YOU. My god, I don’t care. I’m yours, Noah Shaw. I’m #^$^&$@# YOURS.
Merrick brothers – Storm by Brigid Kemmerer
I’ll put them all under the same one, otherwise I’ll likely spend forever talking about them. Michael, Gabriel, Nick and Chris. Each so different, each with the ability to make your heart stop, ache, pound, flutter. Each so beautifully flawed, which makes them even more perfect because they feel so REAL. They could be living down the street from you (but they aren’t, because trust me, you’d notice if hotness incarnate x4 were in such close proximity). These guys are going to TOPPLE every Book Boyfriend list this year. TRUST ME.
Luke Henry – Forgotten by Cat Patrick
Oh this boy. He is quite possibly the sweetest boy to grace the pages of YA. Quirky and romantic, fiercely loyal and an artist with a penchant for painting ears. He’s a keeper. And he’s mine. So I suggest you avert your greedy eyes.
Etienne St. Clair – Anna and the French Kiss by Stephanie Perkins
There is something about a British accent on a gorgeous boy that makes me weak at the knees. He’s charming and short and BRITISH (Oh, I mentioned that already) and thoughtful and respectful and he’s afraid of heights and he may not be perfect, he may make stupid decisions, but everything that is RIGHT and BEAUTIFUL overshadows any flaws.
Four – Divergent by Veronica Roth
He’s strong and brave, but not fearless and not afraid to show his vulnerabilities… when the right person comes along. He has this quiet intensity about him and an air of mystery that draws you in deeper and deeper, even though it may be dangerous. And damn, he knows how to make a girl swoon.
Perry – Under the Never Sky by Veronica Rossi
He may appear a little intimidating and even scary upon first meeting, but when you see him for who he is, you find a fierce, protective warrior at his core. If being a sexy, sexy hunter wasn’t enough, Perry has a tender side that we girls never fail to fall for and the dedication to his loved ones makes you sigh with want.
ROOOOOOOOAAAAAARRRRRRR – Under the Never Sky by Veronica Rossi
I find it impossible to speak of Roar without literally ROOOAAAARRRing his name. Best friend to aforementioned sexy hunter, Perry, Roar is just this charismatic ball of energy. You’ll find it damn near impossible to wipe the grin off your face every time he appears on page.
Bram – Dearly, Departed by Lia Habel
It may be in his nature to want to snack on your brains, but Bram is the most heart-warming zombie you’ll ever meet. Lia Habel has given us a boy who may not be the most physically attractive (what with his chapped lips, milky eyes and limbs that don’t always like to stay attached to his body), but he has a beautiful heart. He’s a soldier, a gentleman and so thoughtful, so kind and never fails to bring a smile to your face <3
Daemon Black – Obsidian by Jennifer L. Armentrout
He’s such a bastard. A jerk. Infuriating. You want to punch him. And then push him in the closet and strip him naked. I’m not sure you’ll come across a more frustratingly sexy guy than Daemon. He makes you want to rip your hair out, but oh… what he does to your heart? So worth it…. I think.