Hey Guys!
So today Theta has written you guys a guest post on his favourite book-theatre adaptations!
Hope that you enjoy it!

Firstly, I’d like to thank Faye for inviting me to write this short article for her blog.  (It’s nice to know that I’m house trained enough not to make a mess of somebody’s blog).

After a discussion with Faye, we came up with idea of selecting the Top 10 theatrical productions that I’ve seen.  The problem for me is that a lot of these plays or shows have a personal memory for me, so I ask that you indulge me for not doing the whole run down from ten to one.

“Scrooge” (Based on “A Christmas Carol” by Charles Dickens) (2011 production)

The cinematic version of this musical gets regular play over the festive period, but I decided to treat myself with seeing it live and it was a fantastic spectacle of live special effects and songs by Lesley Bricusse which are well known to people who have seen the film.

Veteran stage and screen actor Tommy Steele gave a fantastic performance as Scrooge and showed that he can still lead a major theatrical musical at 75 years-old.

It’s the perfect musical to get your Christmas going.

“Elling” (Based on the novel by Ingvar Ambjornsen) (2007 production)

This play tells the story of two men who have been released from a psychiatric hospital into the community under the care of the Norwegian government.  It’s very much in the style of “The Odd Couple” as you have Elling (in this production portrayed by John Simm) who is an introverted man who won’t leave the house on his own and Kjell Bjarne (Adrian Bower) who is an uncouth, larger than life character who has a sex obsession.

I really enjoyed this play for the humour and the acting of the performers, especially John Simm in the role of Elling.

Granted, it isn’t a novel, but I couldn’t leave out this play by the “Queen of Crime” herself and it takes the staples of the typical Christie novel of an isolated location, murder and ever-so-proper people.  It’s now celebrating its Diamond Anniversary this year and will be going on tour around the UK to celebrate this achievement.

And no… I am not going to break the sixty year old secret and tell you who did it.

“The 39 Steps” (Based on the by John Buchan and adapted by Patrick Barlow) (Still playing – Criterion Theatre, London)

Again, I’m cheating a little with this one.  This comedic version of “The 39 Steps” isn’t based on the original novel by John Buchan but on the film directed by the “Master of Suspense” himself, Alfred Hitchcock.  However, this is a play that I would happily see again (and I’ve already been to this play twice) as it’s a light hearted tribute to devilishly handsome heroes, damsels in distress and cunning villains with 139 characters portrayed by four actors.

“The Woman In Black” (Based on the novel by Susan Hill) (Still playing – Fortune Theatre, London)

This has a special place for me because this was the first play that I saw in London’s West End.

Even though I liked the film released earlier starring that Daniel Radcliffe chap, I have to admit that if you want real scare value, you have to make this stage version a must see.  This is a two hander uses humour to guide you into the terrifying tale of Arthur Kipps and his encounter with the malevolent Woman in Black.

I’ve seen this three times and my favourite occasion was when there were a party of high school students watching the play as a set text.  I had never known people literally scream and jump out of their seat until I saw this particular production.

Also, the Fortune Theatre is an atmospheric venue for this play.

“Daddy, my Daddy!!!”… Surely what must be the three most iconic words in the book, film and theatrical versions of this tale of three children who move to the countryside along with their mother after their father has to leave them in mysterious circumstances.

I was lucky enough to see this play last November at the specially designed theatre at Waterloo railway station and it was fantastic to see the imagination used to bring this story to life, including the use of a vintage steam train during the major landslide scene and the play’s conclusion.  I was also lucky enough to be guided on a backstage tour where I was able to stand on the actual carriage used in which “The Old Gentleman” sat in both the theatrical and the 1970 film version.

And yes… there was a lump in my throat when those immortal lines are said.

I can’t say much more about this play other than what I said in my review.  Needless to say, it is one of the most emotional plays that I’ve seen and I’m not ashamed to admit that I was bordering on tears at the end when Christopher Timothy, as Otto Frank, speaks of what happened to the residents of “The Secret Annexe”.

This is another play that I’ve reviewed recently on my site and I heartily recommend this production.  This play takes idea of children making a world through play that Ransome wrote about as the inspiration for this production as the audience is encouraged to clap, stomp, laugh and, at one point, join in with the play itself.

When I left this play, I felt like I had (cough, cough) years knocked off my real age. 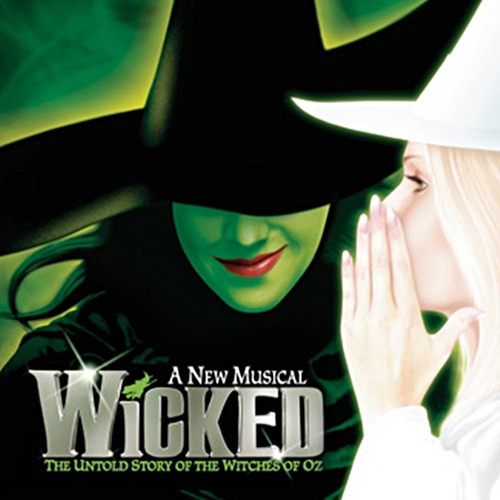 I saw this musical twice last year and I instantly got why people rave over it.  People who have read the book have said that the play isn’t as dark as the novel, but alongside the show-stopping numbers there’s some really meaty themes in this play.  “Wicked” has subjects such as bullying, racism, being true to one’s self, friendship, and the use of media/publicity to either put a person on a pedestal or demonise a person.

The fact that it does this with some of the most fantastic musical numbers is a bonus… and if the hairs at the back of your neck don’t rise at the climax of “Defying Gravity”, I’d recommend that you check your pulse.

As for the future, I do have some book related theatre productions to go to later in the year including a return to “War Horse” and “The M ousetrap” and a trip to see the Royal Shakespeare Company’s production of Roald Dahl’s “Matilda”.  All three of which I’ll be reviewing on my blog “Resolution Corner“.

Reality Shows We Want To See (With D.V. Berkom) + Giveaway

A Little Q+A with Vincent Lowry