Hey Guys!
Today I am the scheduled stop on the Burning Bush tour! I have a cool character interview with Lanore to share with you all.
Here’s hoping that you enjoy it!

Lanore Vesta is a college student that lives in the supernatural caged city of Santeria. Being a Mixbreed (child of parents from two different species), she deals with magical species discrimination on a day to day basis. However, she’s fought through many barriers—she’s the first Mixbreed to go to the university, co-leader of Mixbreeds for Equality, and the founder of the Enchanted People Stand Up newsletter.

She’s here today to discuss the sequel that she’s in called The Burning Bush (Book 2 of Santeria Habitat Series).

Lanore, in the novel Fire Baptized (Book 1) a supernatural serial killer hunted you. What are the struggles you face in The Burning Bush (Book 2)?There are several things I have to battle in The Burning Bush. Although this time I’m not being hunted, there is a dangerous killer in my caged city tying young girls to bushes and then casting a fire spell on both the victim and bush. Additionally, Zulu and I are in a war with Dante, the leader of the Bottelli Vampire family.

Will we meet new characters in the sequel?
Definitely! Angel from the end of Fire Baptized has a huge presence in this book. I love her with all of my heart. Zulu’s sister, Cassie an adorable teenage Were-tiger has a large role in the book. Readers get to meet my dad and a special Air Witch I use for illegal magical services.

From Caged View (Book 0.5) to Fire Baptized (Book 1), there are a lot of creative night clubs that Lanore visits. Will there be some new party locations in this one?
Of Course! I wear a mask on the book cover because I have to attend the Remembrance Day Masquerade Ball. This year the elemental witches hosted it and used The Enchanted Forest as the event’s theme. The entire ball is captivating to say the least.

In Fire Baptized, it seemed like you made a clear choice in which your lover would be. Are their some heart troubles in the sequel?
This time, I don’t really deal with romantic problems when it comes to which guy I will be with. One of them are in his Season, which is a Shapeshifter puberty phase that last for seven to ten years. We tried a committed relationship, but he cheated on me with two groupies. Dare I say when I discovered him in the act, there were a lot of flames. J I don’t plan to revisit being hurt by him again, although he has other plans.

Either way, I don’t battle with a choice. I more struggle with balancing my unique relationships with Zulu and MeShack as well as making sure I don’t disrespect either one of them. It proves to be really difficult.

Now for the fun stuff. What is your favorite:

Coffee or tea?
Coffee with habanero oil! I love it hot!

Thanks so much for having me on!!

Thank YOU for answering all of my questions! It was great to have you here!

Want to read more of Lanore? Why not read Fire Baptised and Burning Bush both are out NOW!

Since the 1970s humans have forced supernaturals to live in caged cities. Silver brands embedded in their foreheads identify them by species: a full moon for Vampires, a crescent moon for Shifters, a pair of wings for Fairies, and the list goes on, for each supernatural species has been tagged and categorized by humans.
Lanore Vesta is marked with a silver X, the brand of Mixbreeds, second-class citizens shunned by society. She stays to herself, revealing her ability to create fire only during emergencies. All she wants to do is graduate college and stop having to steal to survive. But when she stumbles upon a murder in progress, she catches the attention of a supernatural killer. Now all she wants is to stop finding dead bodies in her apartment.
Enlisting help from her Were-cheetah ex-boyfriend MeShack and a new mysterious friend named Zulu, she is steered through the habitat’s raunchy nightlife. But their presence sometimes proves to be more burden than help, as they fight for her attention.
While the corpses pile up, and the scent of blood fills the air, Lanore is left wondering: will she find the psycho or die trying?

After Dante Bottelli’s slaughter of Vamp-owned Mixbreeds, Lanore and Zulu execute a well-planned attack that hits Dante where it hurts the most—his pockets. But their attack triggers a chain of unfortunate events, and allows Detective Rivera to blackmail Lanore.
Rivera forces Lanore to investigate his case, the Burning Bush Murders. Someone’s been tying girls to bushes and setting them on fire. Lanore must find the killer, or Rivera goes public with his information.
Meanwhile, Dante won’t take his defeat without a fight. He counterattacks and the Santeria habitat, as well as Lanore’s and Zulu’s lives, are changed forever. 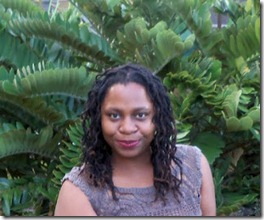