If you’re a fan of supernatural fiction then you will be captivated by this true story about a spiritually sensitive girl and the path that led to her possession. Part one of a two-part series, Saving Mary is the story of a modern-day Mary Magdalene—the woman from whom Jesus cast out seven demons.
Deidre Daily is drawn to anything seemingly spiritual, desperately seeking a spiritual existence. But inside this vibrant girl hides a terrified child who sincerely believes she has married the devil. Through a series of spiritual encounters her fear turns into reality, and she ends up possessed.
Deidre’s fascinating spiritual memoir relays her story from childhood to adolescence: invisible eyes leering at her from the corner of her bedroom, horrible nightmares tormenting her, and her desperate attempt to find God—only to end up possessed. It is a candid account of possession from a first-person perspective. This dark memoir brings to light an intricate world of deceitful spirits hell-bent on manipulating and damaging an innocent girl’s life, not only through her dreams, but also through seemingly every-day encounters.

Saving Mary: The Possession was an extremely unique and interesting story that I really liked reading. It was different from many of the other books that I have been reading recently and really piqued my curiosity. I simply wanted to continue reading to know what was going to happen next. It was an intriguing read that I would happily recommend to others. It was only as I came to the end of the book and was about to start writing this review, that I realised this book was actually a memoir. If anything, this makes it even more intriguing for me as the first person narrative takes on a whole new characteristic. It certainly makes the read seem the much more personal and real.

At the start of this novel, I found it hard to actually get to grips with the writing style. It was irritating to me but I couldn’t figure out why. It was also confusing in places and I felt a little at a loss. However, as the story continued and Deidre grew up, I realised that the writing style grew up with her and I was suddenly captivated. The reason I found it hard to get my head around the writing style to begin with was because trying to see into the mind of a girl in grade three isn’t a particularly easy task but Deidre has managed it effectively. I loved how the style continuously changed throughout the book as the character grew up, it made it feel like you were truly going on the journey with her as she learnt more about the world around her.

I have always been a lover of all things spiritualistic and paranormal. The idea of ghosts is completely fascinating to me and so it was a no-brainer that I pick up this book to read. It took a while for the paranormal side of this novel to shine but while it “lay dormant”, the story described how Deidre grew up and it was really heart-breaking and made me want to reach out and hug her. She lived through a tough-life and it shows how she got to where she was at the end of this book. It makes sense that she acts the way she does because of how she has been treated in the past and I fear that this book would not have had the same affect if the background wasn’t in it. The only problem is that reading this wasn’t the most entertaining. It was interesting and sad but it didn’t really keep me captivated as I didn’t realise how important it would become.

I found the concept of entities really interesting, albeit a little creepy. I could understand the secondary characters being cautious and of being frightened by it all. I also understood why Deidre was so fascinated and obsessed with it and found it to be a particularly interesting pull on the story. I especially liked the odd twists throughout the story that lead the reader to think about it all, just as Deidre herself does. It is definitely a unique concept and I really liked reading about it. I also liked how this book ended and am definitely intrigued enough to be anticipating the next book; I simply want to know what will happen next, will she be saved?

The one thing that I struggled to look past was the the way that religion was described in this book. I felt that when it was mentioned, the different religions were placed within specific stereotypical categories and it just frustrated me slightly as I know that this isn’t exactly the case. I also found it slightly difficult to read about God and the Devil in the way it’s described in the book and found myself rolling my eyes every now and again but this is a personal annoyance and not a reaction that everyone else will have. I found it interesting that despite not really belonging to a religion herself, Deidre still believed in God and the Devil but aside from this, I just found it a little difficult to get passed. Of course, I understood they would be mentioned because of the synopsis, but yeah, it was just too much for me at times.

All in all this is a book that I found truly fascinating and would recommend to anyone who wants something a little bit different to read. It definitely took me out of my comfort zone for a lot of it but I found that to be interesting instead of annoying. It was full of intriguing bits of information and it really managed to grab my attention and curiosity. I am eager to read the second half to find out what will happen to Deidre now. This is a book that I enjoyed that has the possibility of opening peoples eyes to things of the world that they may have shut off. 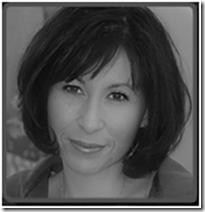 Deidre D Havrelock grew up in Edmonton, Alberta, Canada where she eventually met her husband to be, DJ. It was DJ who initially noticed Deidre’s dark state and worked to seek out someone willing to perform her exorcism. Eventually, the newlyweds found their way to the southern hot spot of Brooks, AB where Deidre began writing. From there the family trekked across eastern Canada to Moncton, NB where they learned to love French fries with cheese curds and gravy. Currently nestled in the hills of Kennewick, Washington, Deidre has two horses, one dog, three cats and too many rabbits…and let’s not forget her wonderful husband and three energetic daughters. Her memoir, Saving Mary: The Possession chronicles her dark childhood and the path that led to her demonic possession. She is currently working to finish book two of her spiritual memoir, Saving Mary: The Deliverance. You can find her at – http://deidrehavrelock.wordpress.com/